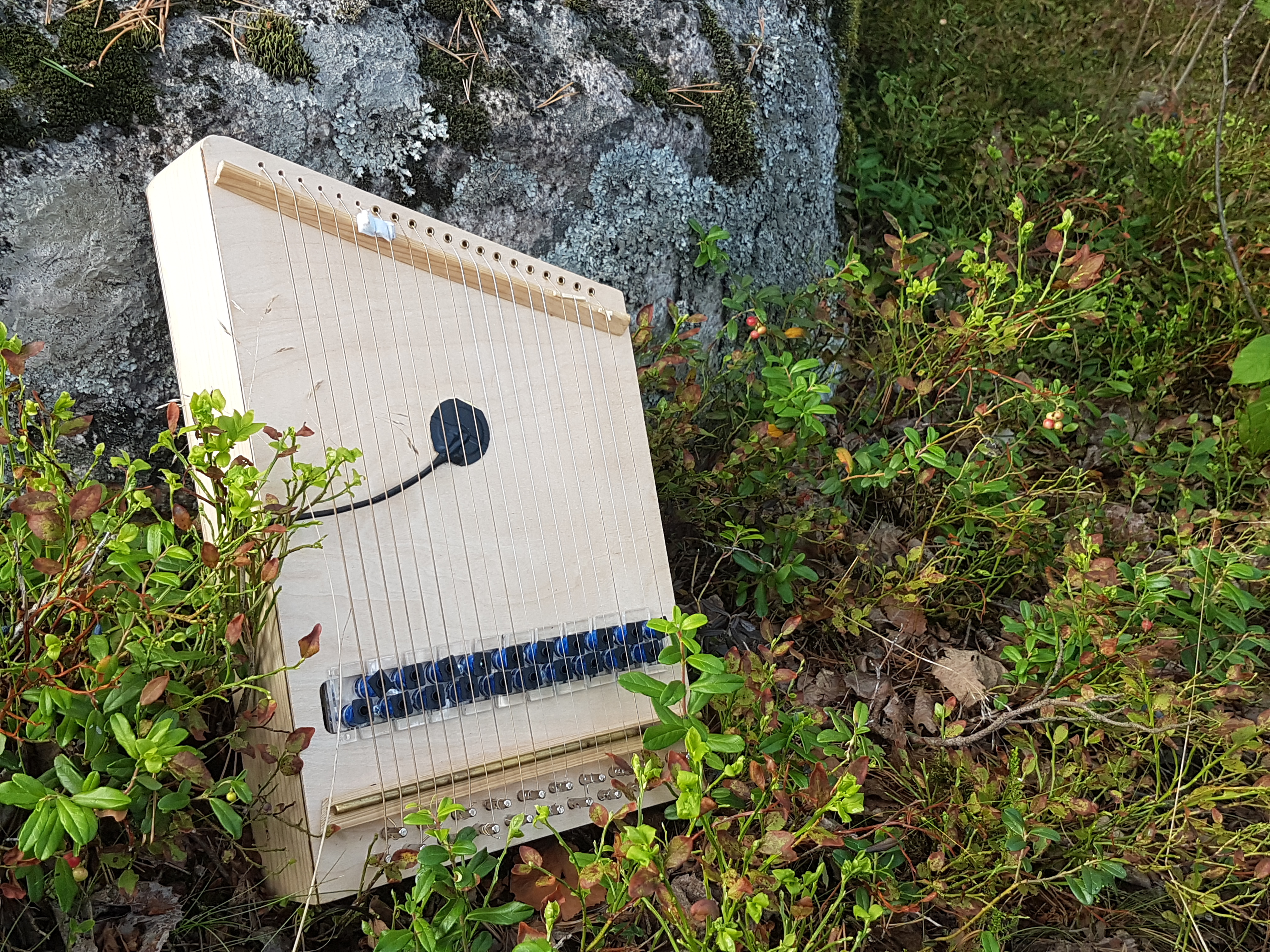 My main motivation with this project is to explore arbitrary tuning systems using my intuition. There is our western equal temperament tuning system, that has so much predominance, that it makes the use of any other tuning system very difficult now a days. Also, computers make us orbit towards mathematically systematized tuning systems such as equal temperaments or just intonation systems. But what do you call the tuning of a harp or kantele that got out of tune? Also, what kind of tuning systems would you reach by tuning the strings one by one, following what you feel that sounds good in the moment? A harp is a really good way to explore this, because each string is tuned individually and thus imposes no system, such as keyboards and fretted instruments do. Other instruments, such as a violin, are technically challenging.

I was interested in applying this concept to electronic music, where it's very hard to create your own custom tunings. I decided, thus, to create a kantele (or psaltery)-like instrument that can be played from MIDI signals, and whose sound can be captured back to electronic form to process its sound.

I started by buying a second hand lap harp, to get an intuitive sense of how the tuning pins and strings work in this type of use. I tried the sympathetic resonance method of exciting the strings, which led to very subtle sounds. I chose to go instead with physical hammering of the strings by usig the same technique I had used in previous projects (namely the Mechanic synth and the autoxylofon).

I created a parametric model of the body using Onshape parametric software; of the approximate size that I wanted, and the circuit designs. All these, I might share online later. The rest was merely a lot of wood work, going to shops, soldering, programming. (Special thanks to Jason from Showerloop for letting me use some of his tools) 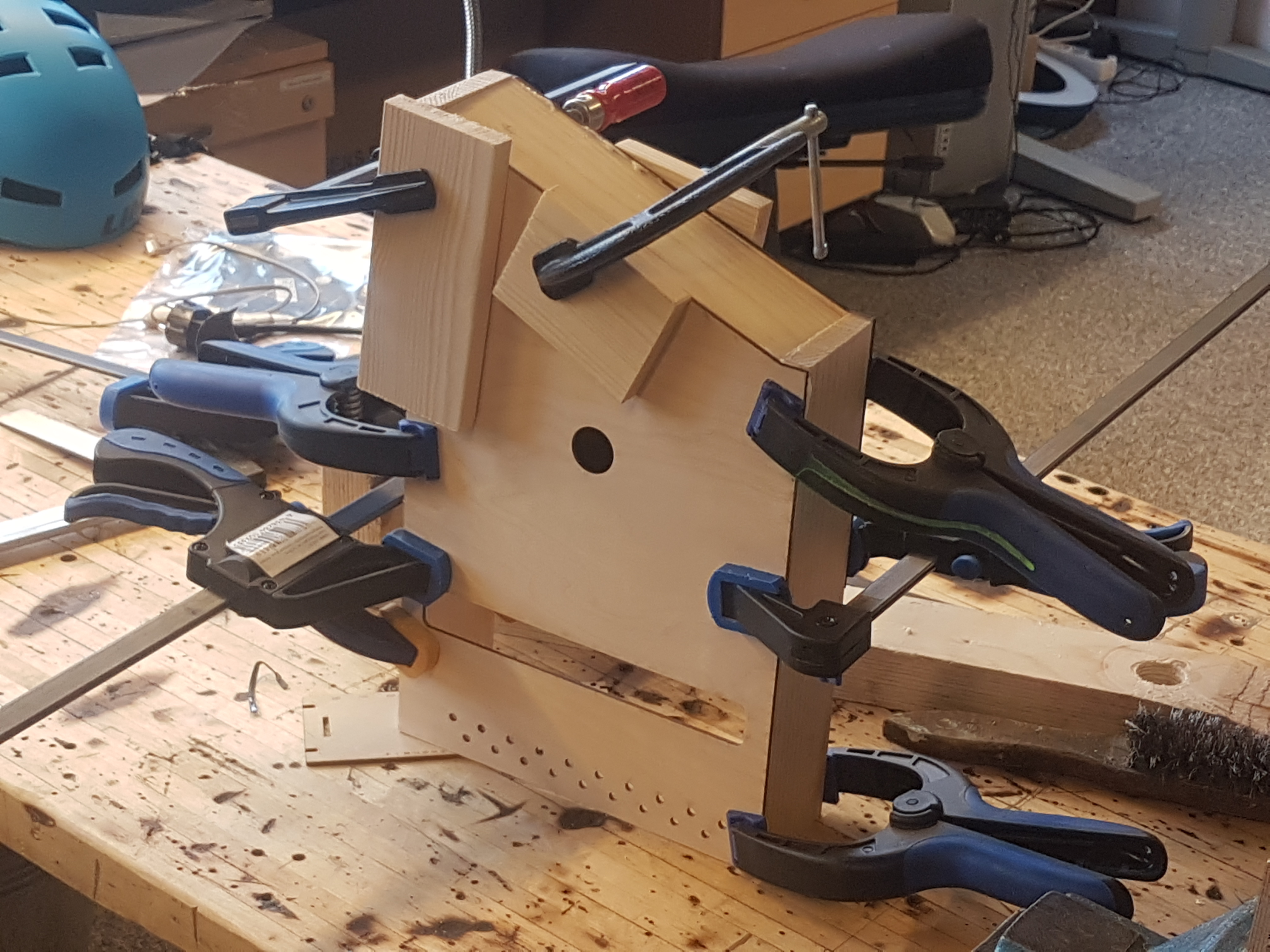 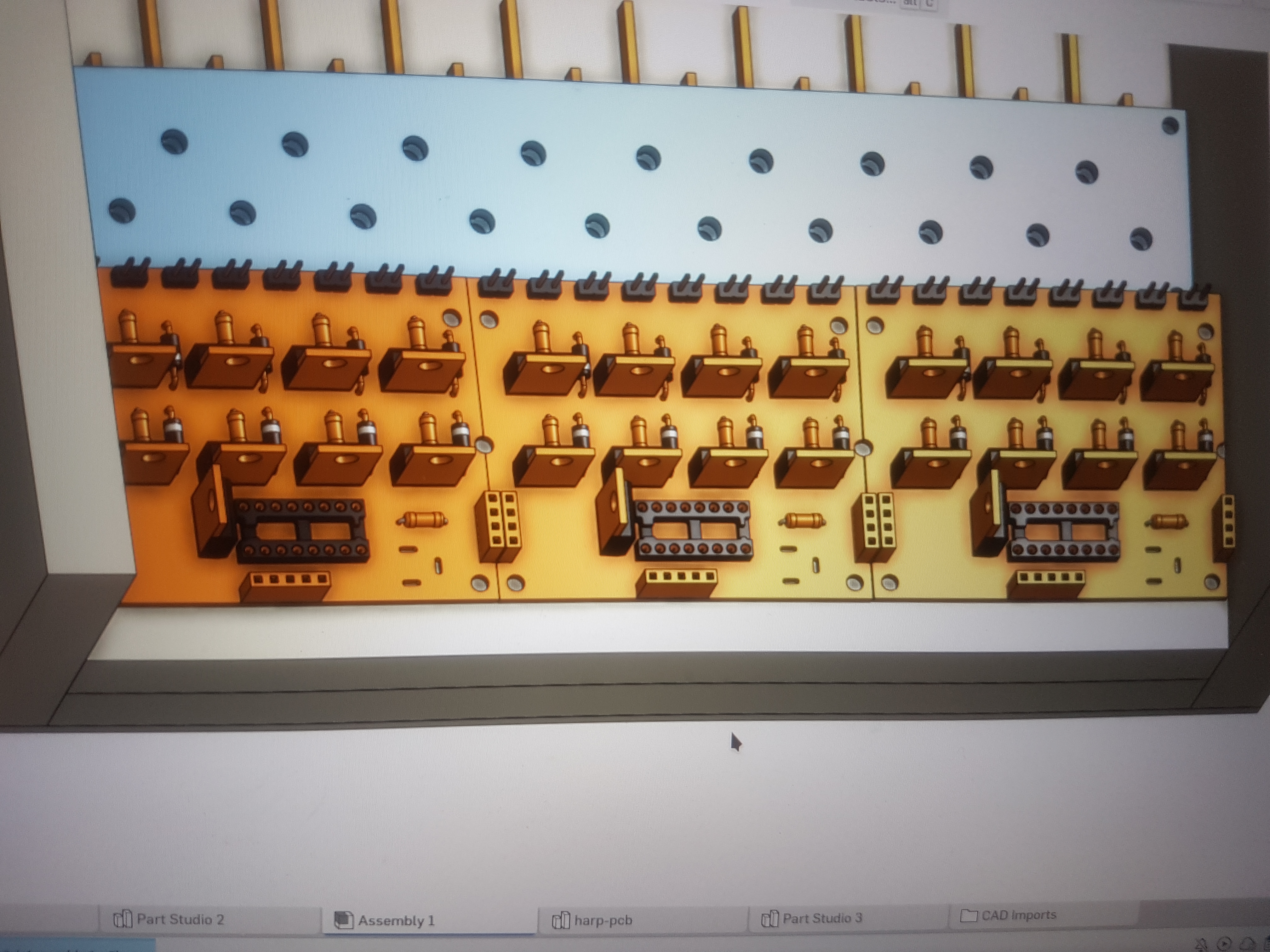 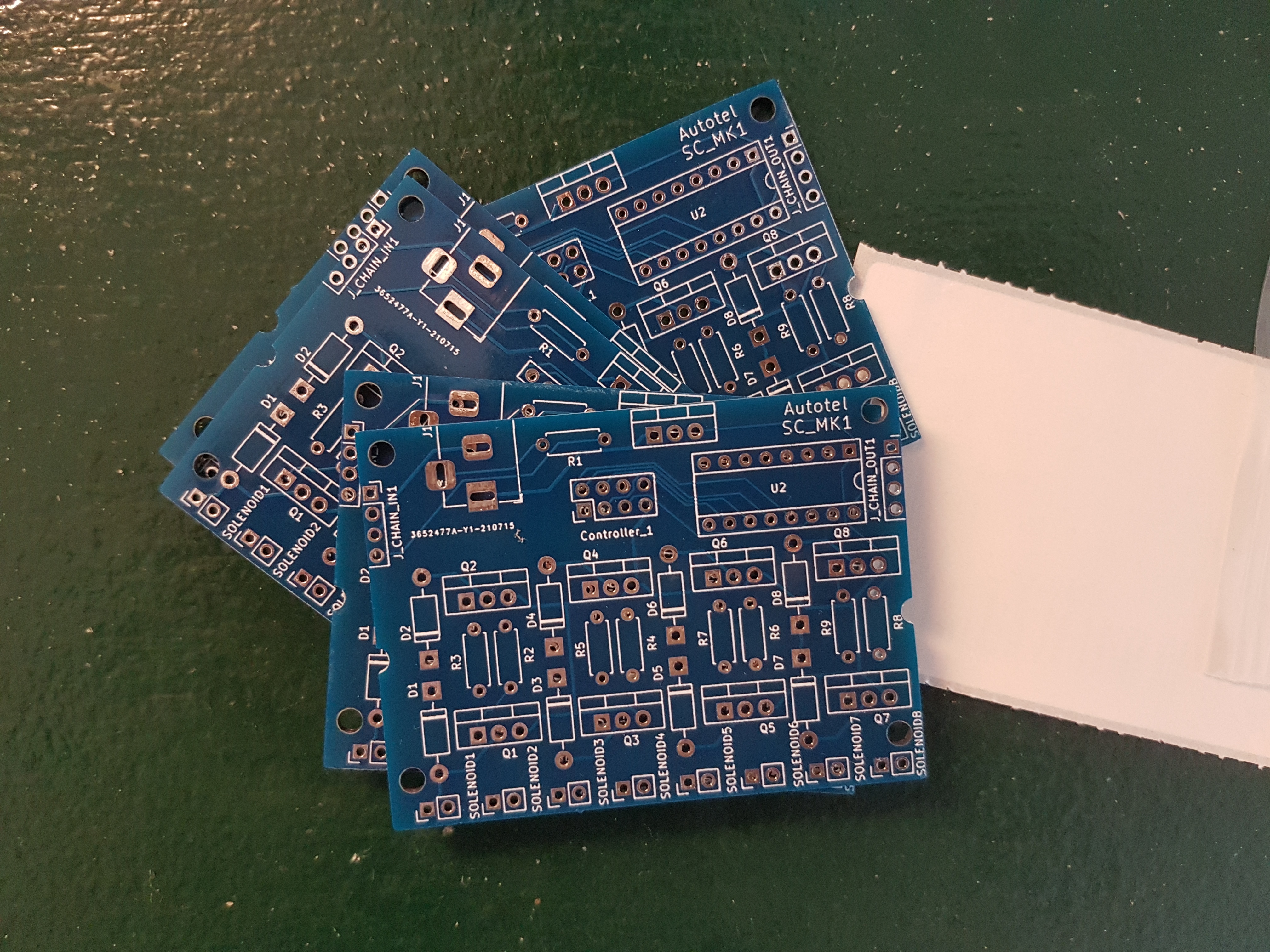 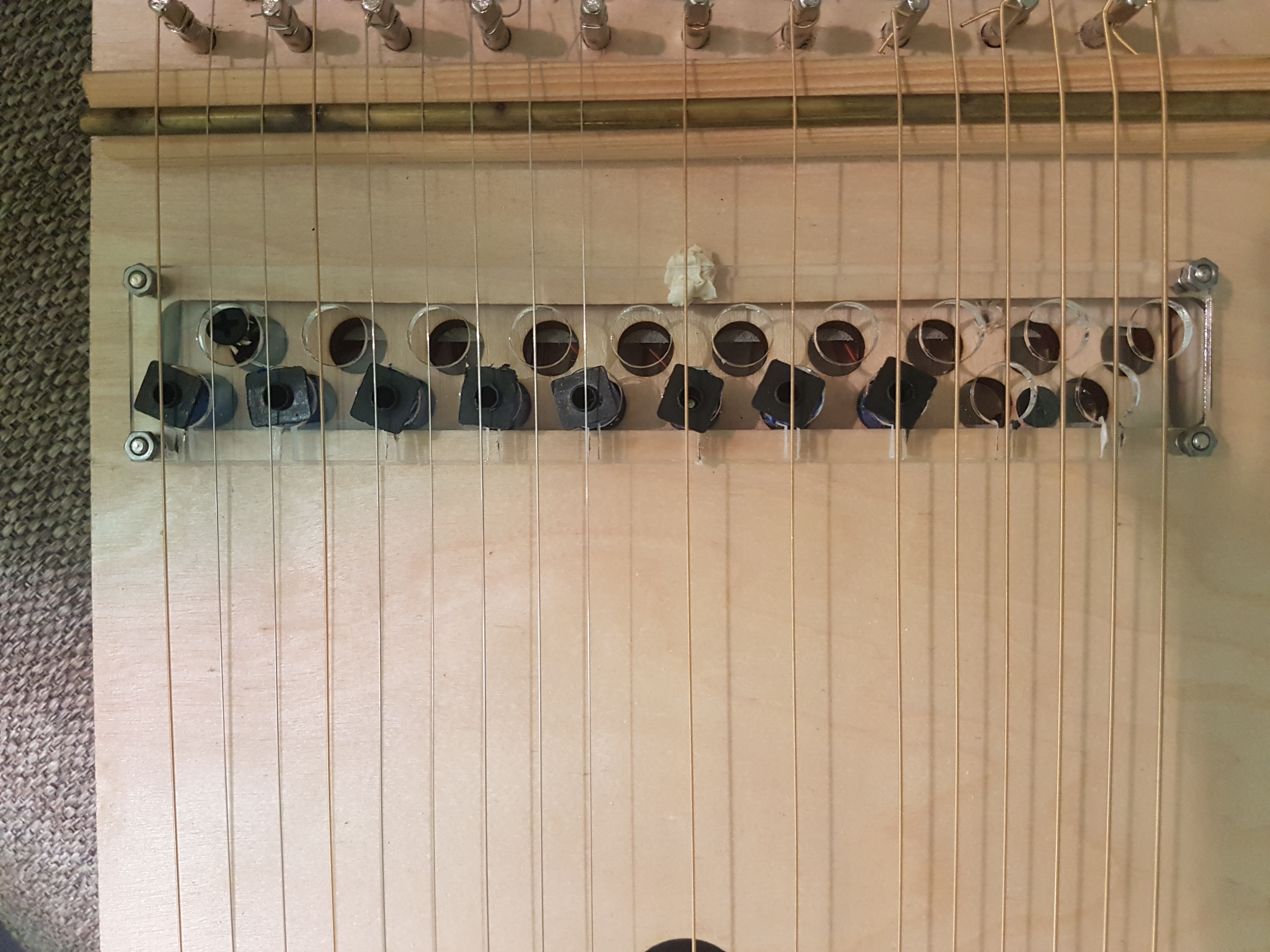 This was recorded near Taivaskallio. I programmed a generative algorithm based on parametrized arpeggiators. Randomness is based on C rand function, which is seeded by reading an analog pin that picks up radio noise. I also made a pick-up system based on the well known Alex Rice piezo preamplifier. The piezo preamplifier needed phantom power, thus the need for a mixer. The whole is powered by a power tools charger that I bought on Lidl, and adapted by using a buck converter.

This other video was recorded using a zoom recorder over the air. The generative algorithm is different than the previous video: it is based on a looper to which random changes are added sporadically. I also applied some effects with a Kaoss Pad that was connected to the microphone.

Playing as a synthesizer

I hooked up the midi input of the instrument to the midi output of an Octatrack, and sent the sound to a Kaoss Pad. There is definitively a lot more to experiment in this aspect.

Playing it with a midi keyboard