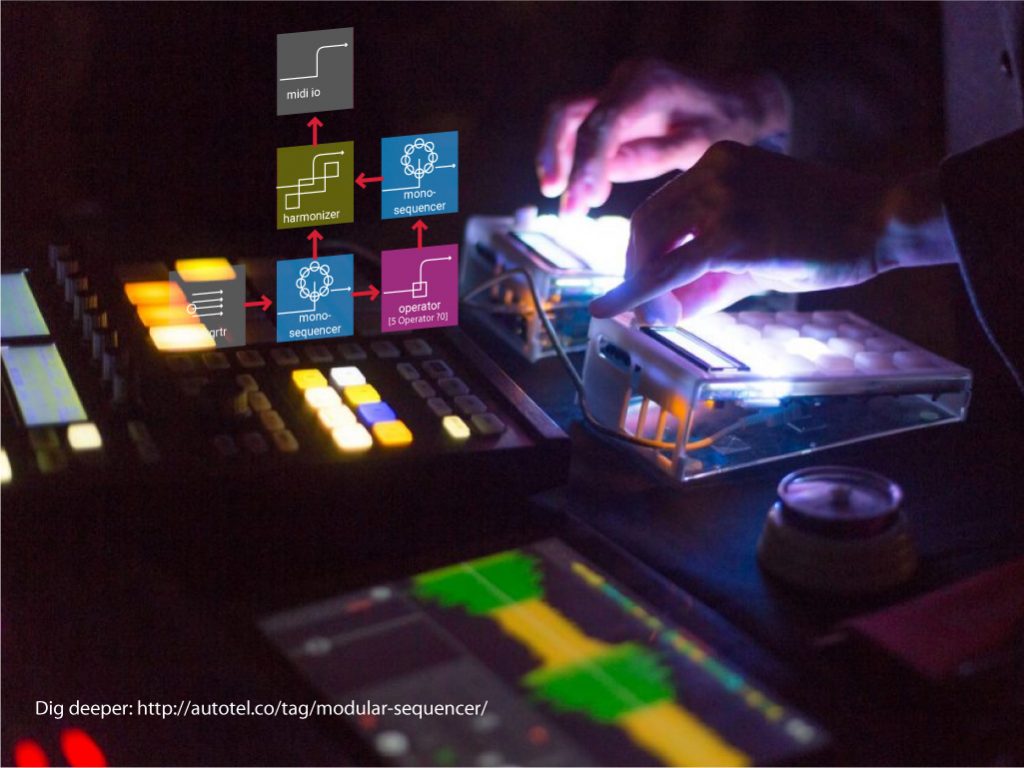 Welcome to making music using Polimod! This way of composing music in the stage more complex than what you are used to, but it offers a much richer set of possibilities. The idea behind Polimod is modular composition, meaning that rather than working with tracks and channels, you work with modules that can be re-purposed in many ways. This lets you create your unique ways of performing, and even create your own modules too!

Polimod is an environment. An environment is a type of system that can be used to create custom systems. Say whaat?â€¦ Imagine that you are used to use furniture (DAWâ€™s), the intention of Polymod would be to provide you with a wood-workshop. Some examples of environments are modular synthesizers (e.g.Â Euro-Rack) and programming languages. Polimod environment works with modules in the same way as modular synthesizers. The difference is that instead of producing sounds, this environment produces musical composition, which can be converted into MIDI, OSC, CV, or any other control signal1 In practical terms, this means that there are no oscillators or voltages, but notes, arpeggiators, sequencers, etcetera. Such things are present in modular synthesizers, but in this case, being digital, it is easier to create polyphonies, scales, and tuned melodies. Can you see where this is going? Now you can make conventional music using a modular system too!

The idea behind Polimod, is to produce a modular composition system which can be patched using cables. Imagine an Euro-Rack, where different modules can be coupled one to another using cables. The version being introduced here, however, is virtual. This means that cables and modules are not real, but are simulated in your computer. This makes the environment more practical in some aspects. For example, it is much cheaper to have many virtual modules than physical ones. It just makes sense to start virtual. If the project keeps evolving, however, physical modules will be invented.

This manual will explain how to create music using the virtual Polimod environment, through the Calculeitor, which is a general purpose interface for this environment. Imagine the Calculeitor as dedicated computer display and keyboard, that you can use to manipulate this virtual composition environment. 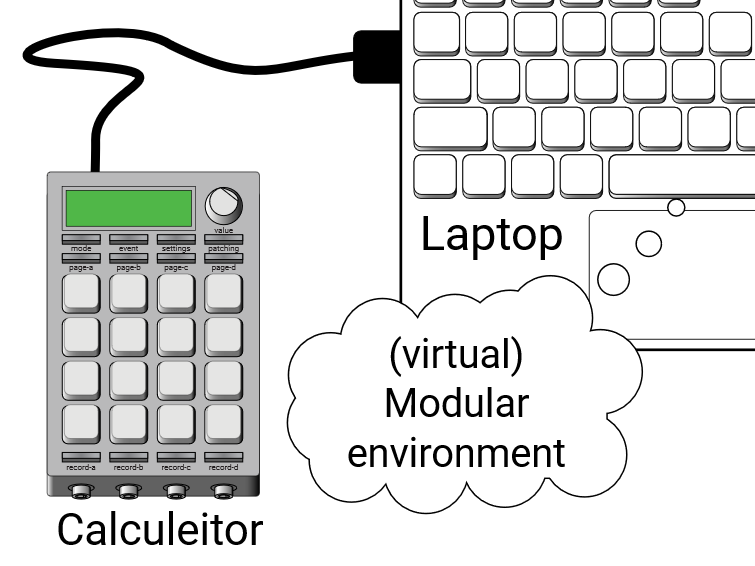 A module is a discrete functional unit. In other words, it is something that does something. One module has inputs, outputs, and it may have a user interface too. Think of it as an euro-rack module: the function of any module, is to produce an output in response to an input, a user interaction, or other factors (time, for example). A module without output could exist, but it would not be of much use. Modules can be of many different types, however, every type of module performs a different function.

One example of a module is the Chord module. When a chord module receives a note on its input, it outputs a chord based on the note it received. Another example is the Clock module. That one sends a clock number at steady intervals of time.

We spoke about modules that communicate with each other. In order to communicate, these modules share a simple language, that is loosely similar to MIDI. The language is digital, meaning that modules only send and receive numbers. These numbers can represent anything: a note, a scale, a certain sound, a speed, etcetera. In this way, it is possible to build a path of modules for a signal to flow, getting modified on each step.

Virtual Polimod means that the modular environment runs in a host computer, instead of using physical modules. A similar example in the world of euro-rack, would be Vcv-Rack. For practical reasons, this virtual environment has preceded the physical implementation, therefore it is currently the best version of the modular environment. Being virtual, however, poses one challenge to the user: it is not possible to see directly the connections among the virtual modules. When you grasp the idea, however, using the virtual environment becomes natural. 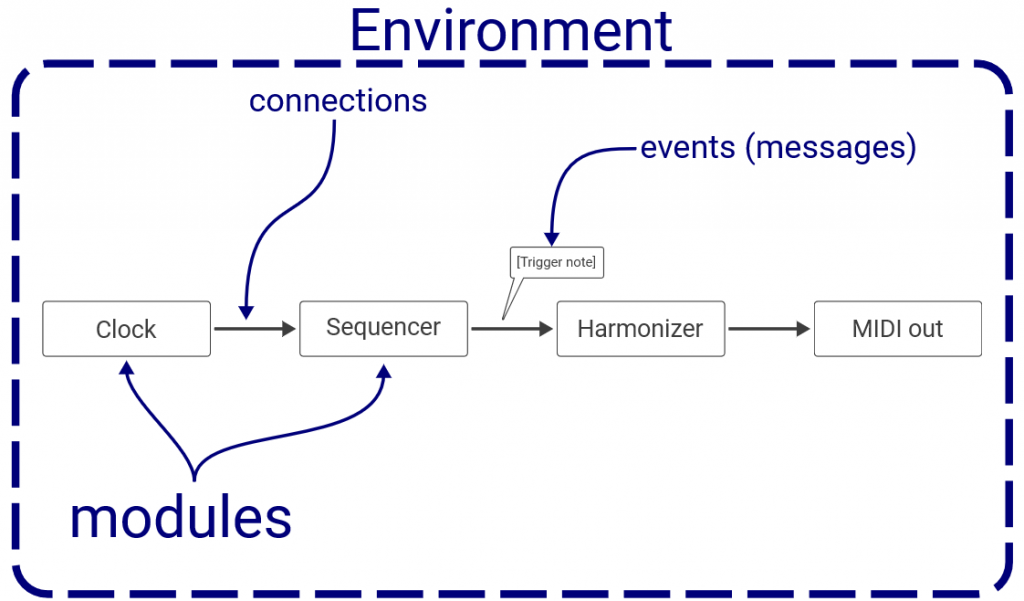