This project was requested by Nicolina Stylianou for her Chorus project. Her idea was to allow a dancer to perform a sound piece by dancing on roller skates. I implemented the electronics and programming, while Nicolina and George Themistokleous worked on the mechanical aspects of it.

This project was then conceptualized as an application of telemetry, and translation of such data into musical signals. The scope was ambitious: measurement of the speed of wheels and their speed relations so that the performer could make a difference of utilizing only the front wheels or only the interior wheels, and so on. Also data concerning speed and orientation.

The speed of the wheels was measured by using an optical sensor, which attached to the roller skates truck's axle. This sensor operated on the same concept than an encoder, so that we could also tell the direction of rotation. The direction was measured only on one wheel, assuming that the four wheels would generally move in the same direction, on each foot. 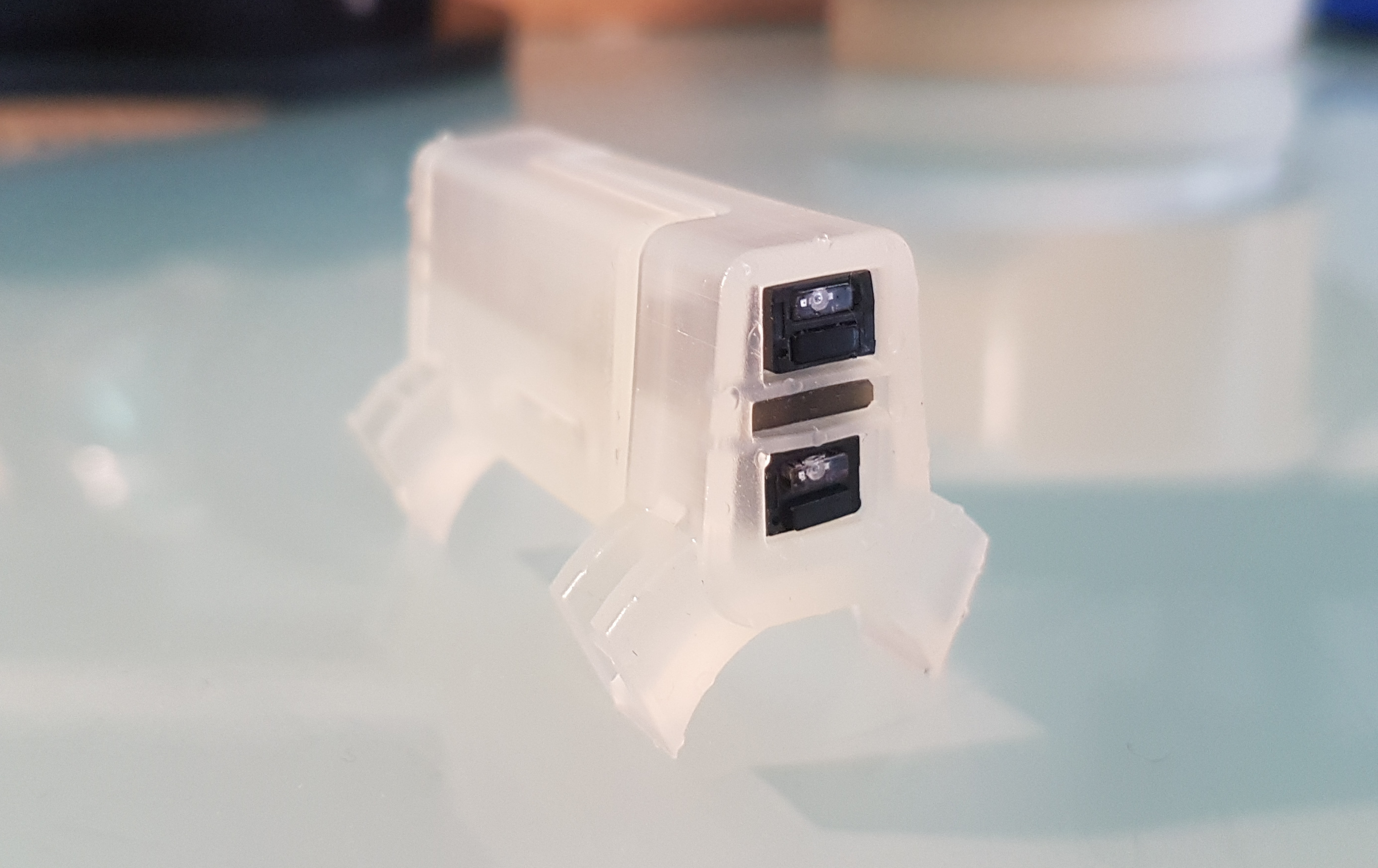 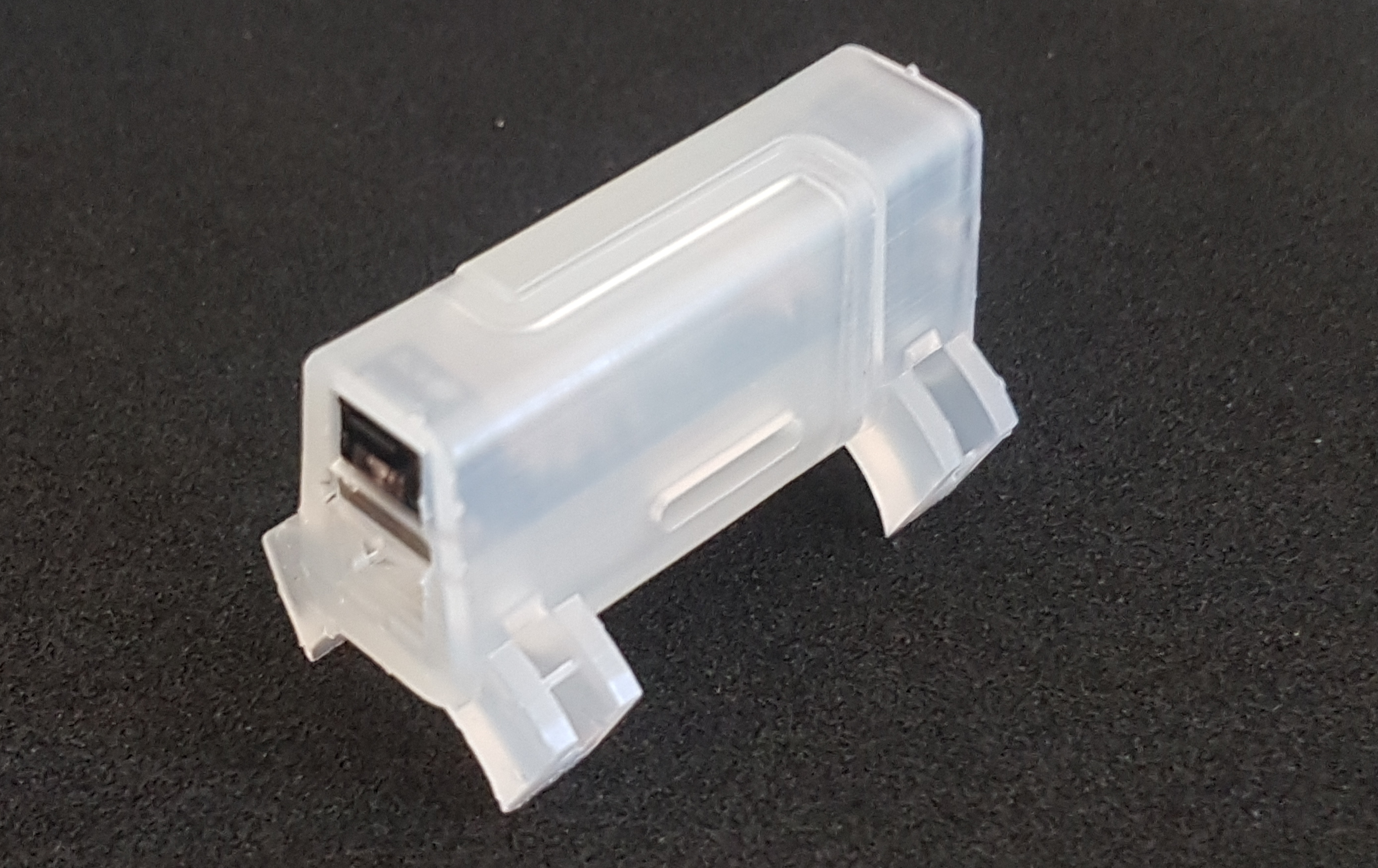 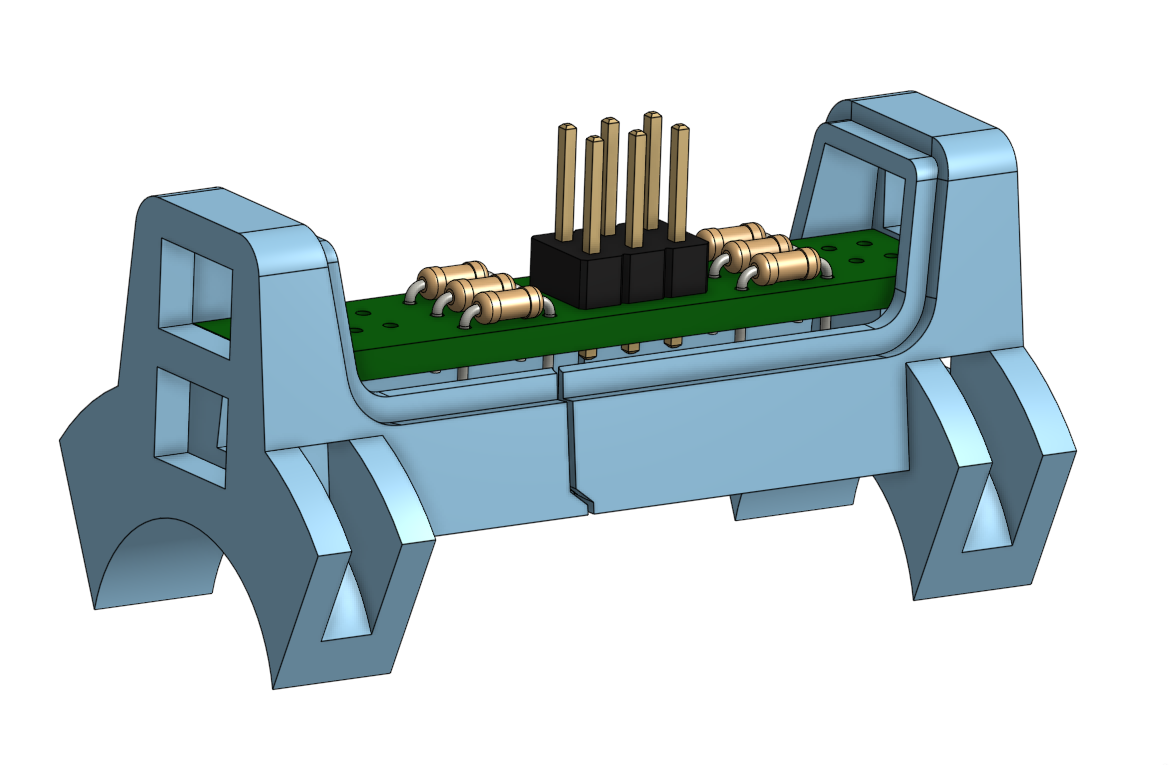 There was a 9 degrees of freedom IMU, and connectors to attach two flex sensors (use to measure the pressure at two different points of the feet). All of the data was sent using wi-fi, which was hosted by an esp-32. This host esp-32 then translated this data into MIDI (we tried OSC first, but it turned out to be harder to set-up) 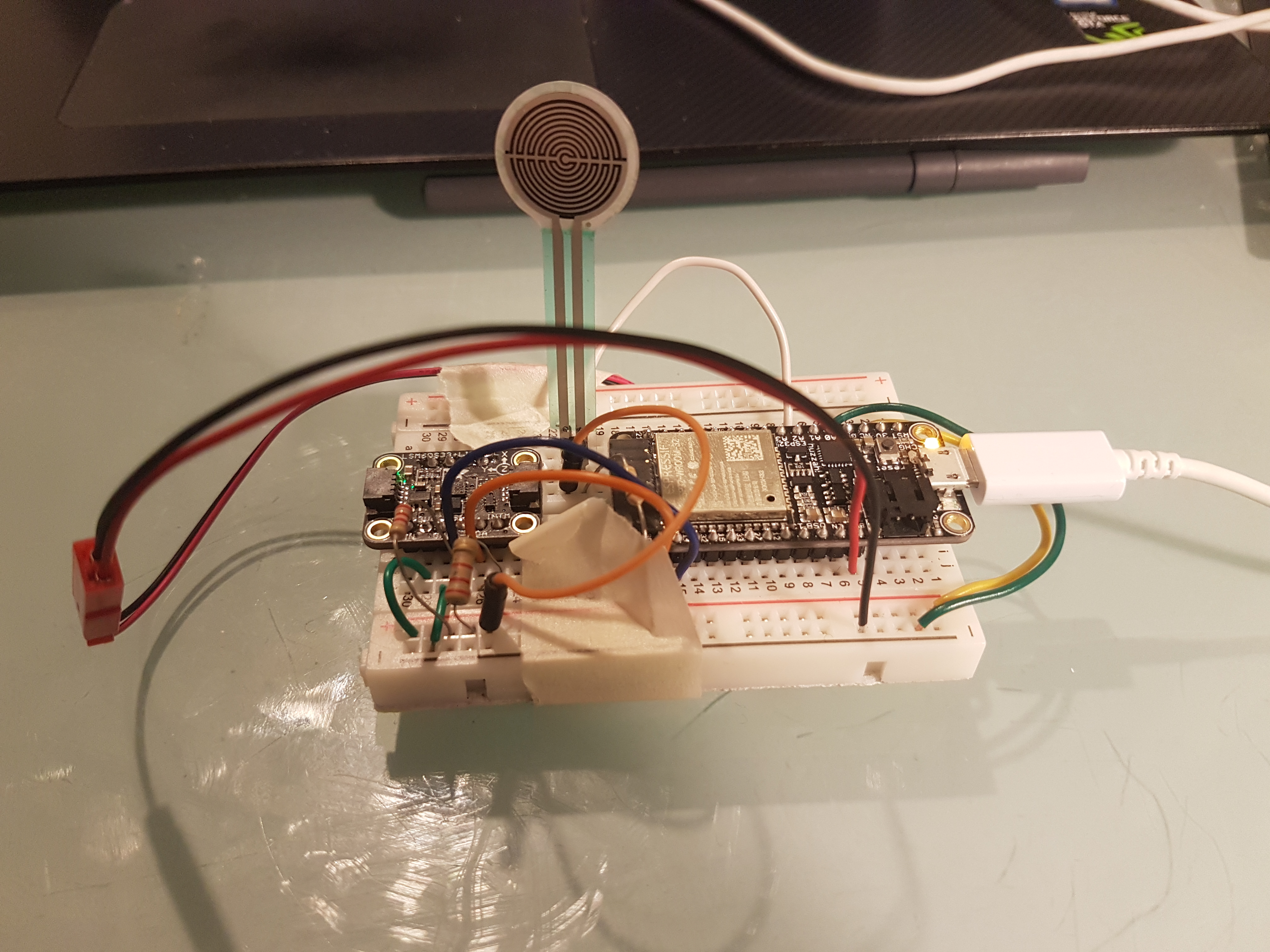 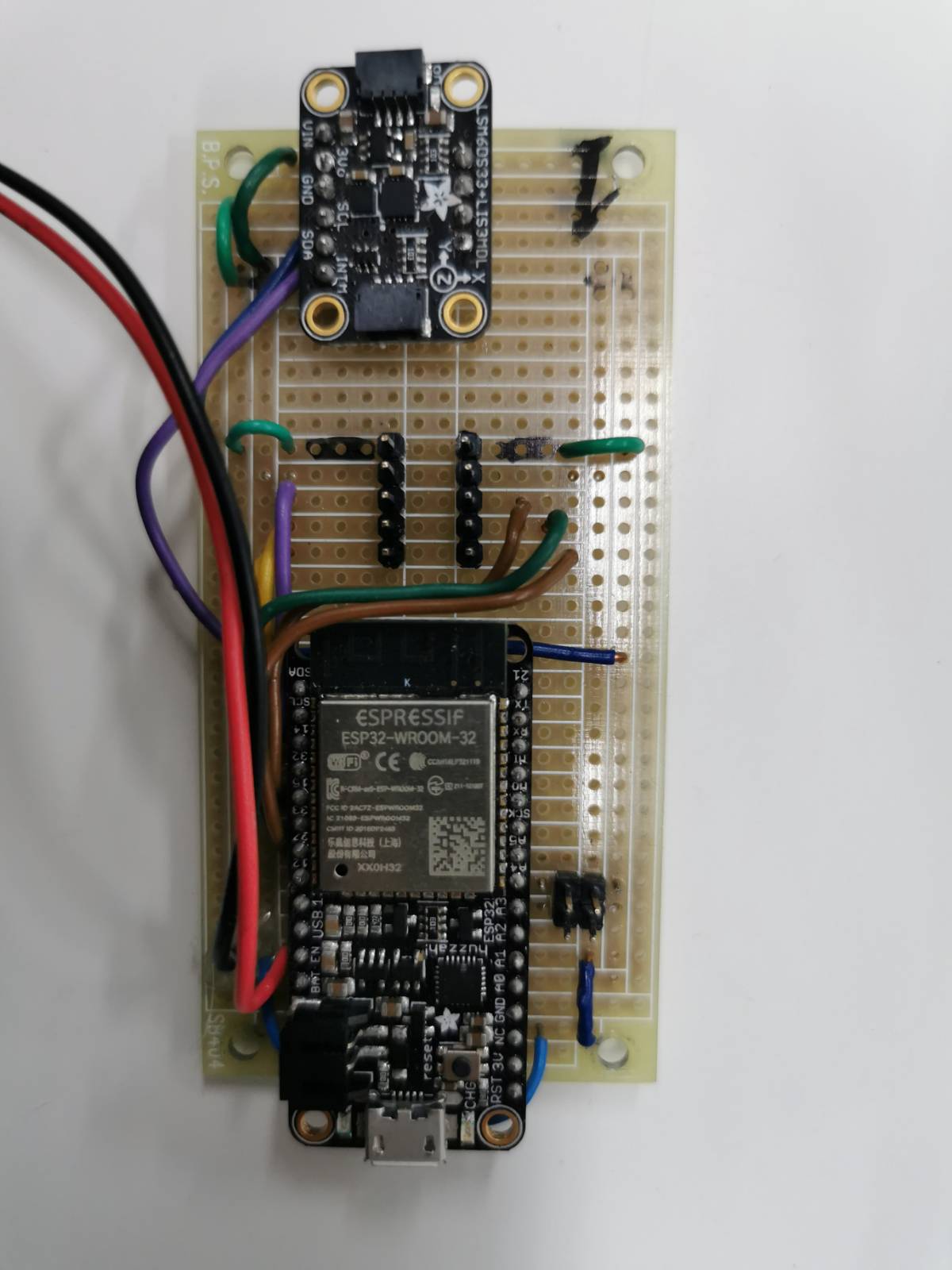 The greatest technical problem that we faced, where I spent most of the time, was that the Feather ESP32 would reset at arbitrary times. Seemingly only, and every time the dancer would wear them, but never when I was trying to repeat the error. Although unsure that it was the root cause, I discovered that the power regulator of the feather ESP32 was overheating, and later I discovered that this was caused when the chip tried to connect too often to Wi-Fi. As it turns out, the connection procedure utilizes an exceptional amount of current in comparison to other procedures. The solution was to change the development board into a Node MCU Esp 32s board, which had a power regulator bigger in size, thus improving thermal capacity, and reducing the retry-time of the wi-fi connect attempts.