Avner Peled's Master thesis consists on the development of a soft robot, called "Hitodama". All the actuators are made of silicone and require precise control of airflow in an air circuit. The flow of air is controlled using an array of solenoid valves, a pump, and pressure sensors. This system was prototyped by us using a prototyping board, whose main processing unit is a Teensy development board. All the firmware and the greater part of the electronics has been developed by Avner.

Development of the board 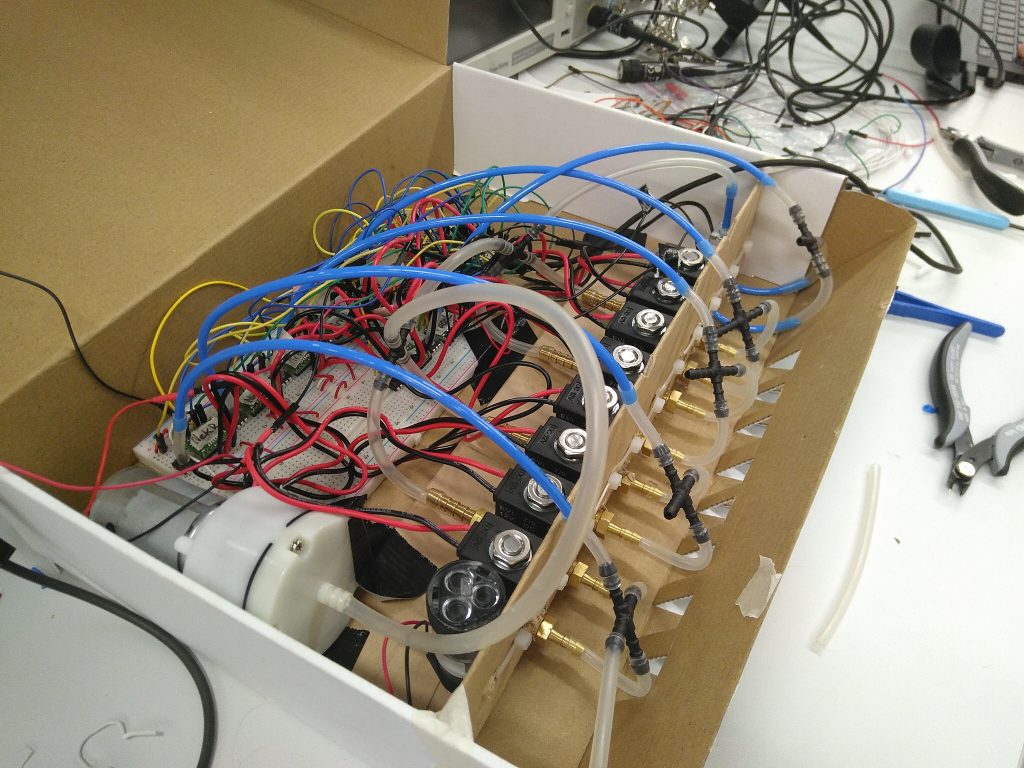 Valve control unit, which was developed together with Avner Peled.

The development comprised a board that would contain a Teensy development board, and 9 boards, each of which controlled two solenoid valves, and had one analog pressure sensor. 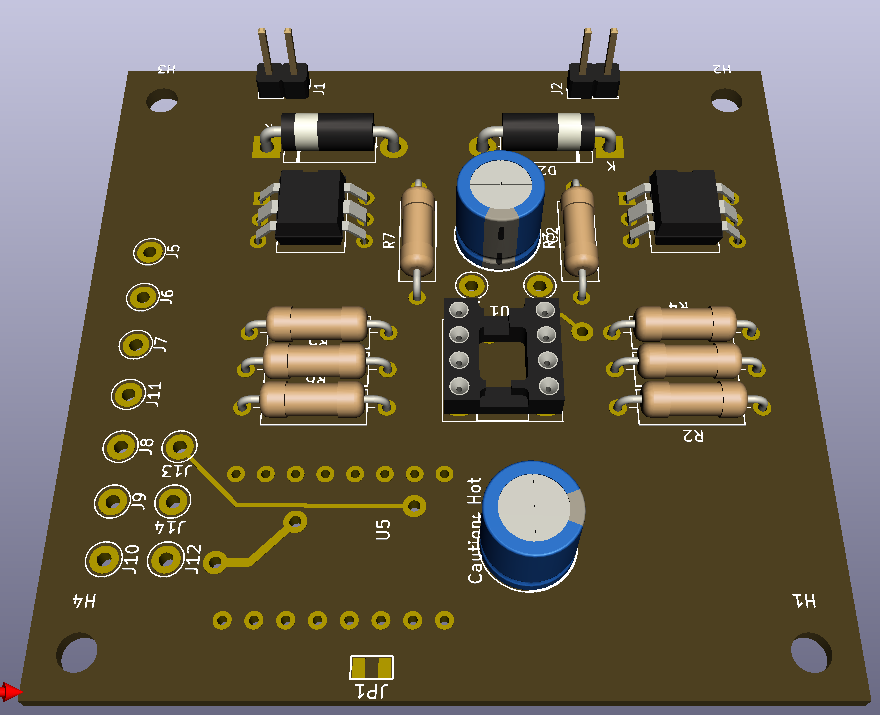 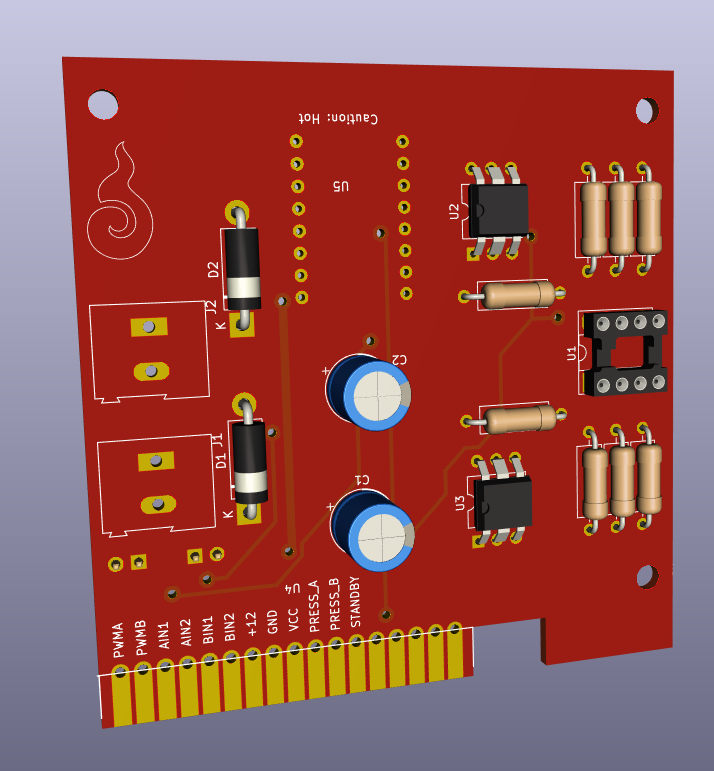 Version for production in an aggregator service.

The new design greatly improved the stability of the system and worked successfully right after soldering the components. 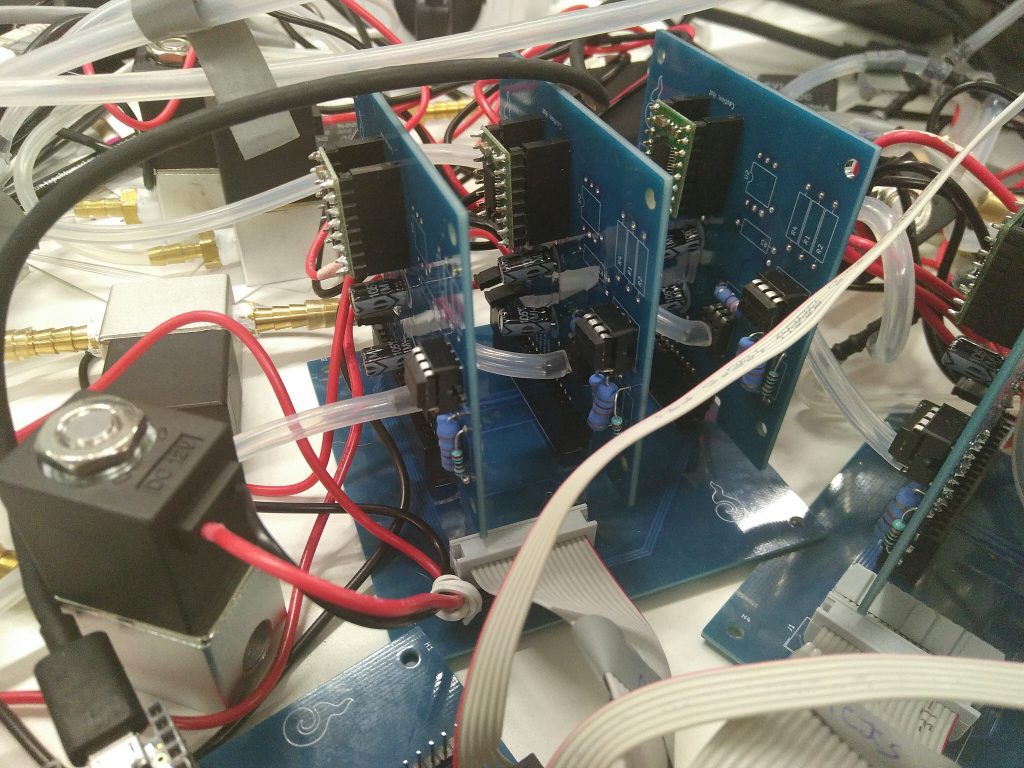