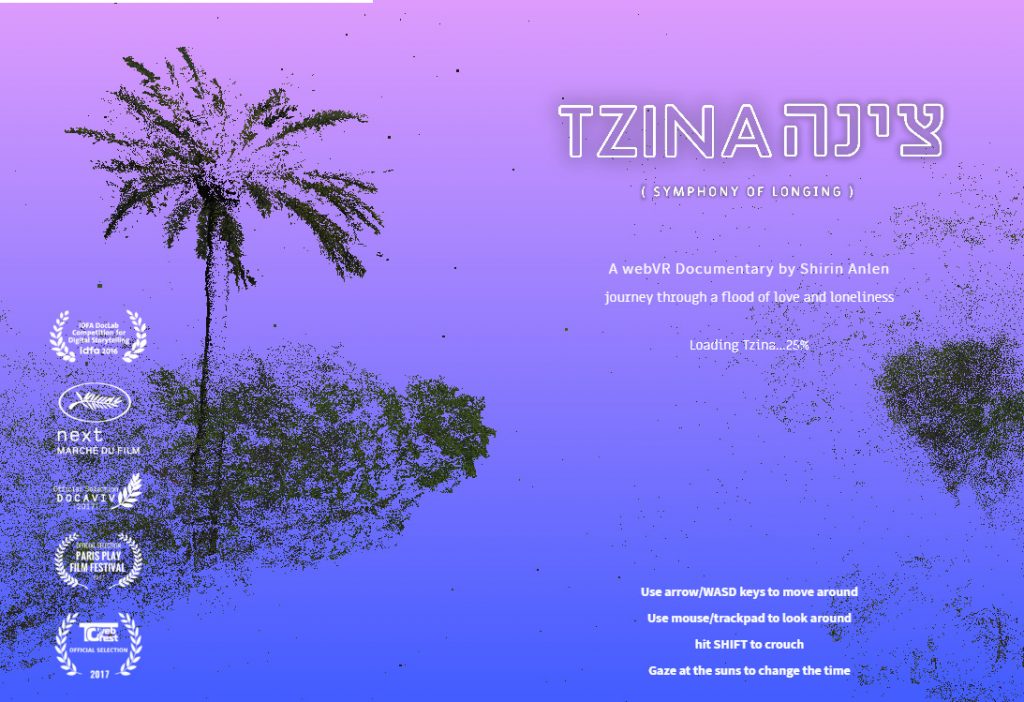 Tzina is an interactive cinema piece, created by Shirin Anlen and whose development was headed by Avner Peled. I got involved in the development of the piece with two concrete tasks. The first one, was making a full-stack implementation of the pigeons that served as avatars for the other users that were experiencing the piece. The other task, was to develop a sonic feedback virtual effect, that was associated with the change of chapter.

I created a Node Socket based server that managed the data from each user of the interactive piece (using web sockets). The other part consisted on loading and placing the animated 3d model of the bird in the corresponding coordinates of the scenery, and switch smoothly between animations of the bird according to whether the user was entering the scene, walking, or standing. I was also required to optimize the sockets for speed, so the communications had to be designed at byte level of detail. The sonic feedback virtual effect was intended to produce an effect of abstracting from the scene. Working with Or Fleisher, we ideated that the sound should produce a sensation of blur. I chose a combination of a convulsion reverb with a low pass filter, whose parameters could be faded according to the required level of blur.