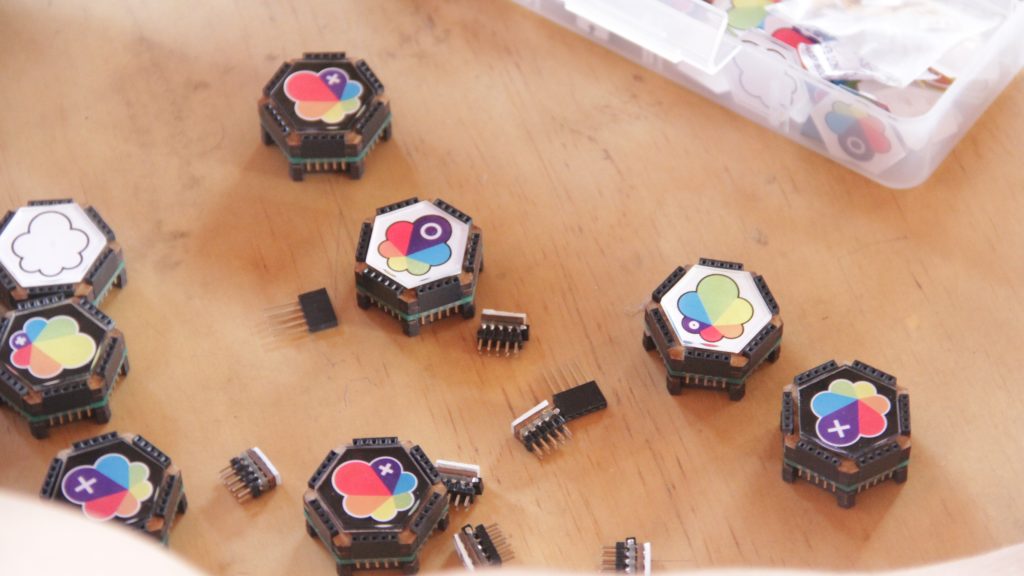 Brocs is a building block for music. It offers a technological approach to music learning challenges.

This is my bachelor's thesis project. After having done the Iglop project; I made this project to answer better the question proposed there:

How can an object allow enjoyment in music learning, from the very first use, to the more advanced uses?

I seized the fact that I had a whole semester to develop the project; and before giving a design answer, I could make bibliographical research on educational epistemology, theories of learning and creativity; and what these topics lead me onward.

The most notable discoveries for this project were delivered by Salen & Zimmerman's rules of play book. The game design theory offered a whole framework for design of enjoyable learning. On every game there is a level of difficulty, that raises progressively because the user gets used to it (flow); meaning that playing has an inherent learning effect. The difference here, is that instead of building a game, in which you can win or loose -such as it could happen when you are trying to learn an existing song-, I made a divergent game, to encourage free creation. This whole need for divergent play is better explained here. 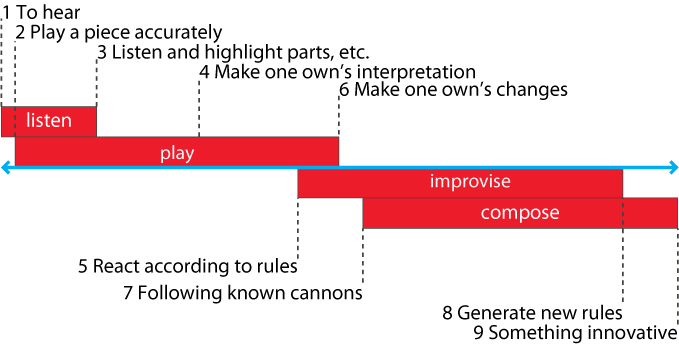 Research was extensive in terms of state of the art, educational trends and technical possibilities for prototyping. I started this project about a year after making the Iglop project. I already tilted towards the idea of modularizing musical components into tangible elements. It made special sense in terms of how the physical presence of an object puts together most types of memories. So many objects are easily remembered unlike many abstract items. 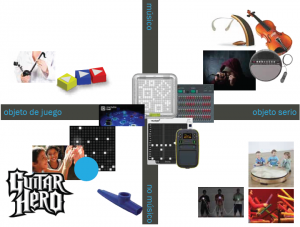 The idea was risky as I didn't have such a deep understanding of electronics:

I would make a system of musical building blocks.

Each block has a duration time (rythm) and it's own tone (harmony). As a digital sound element, timbres would be also possible to change. 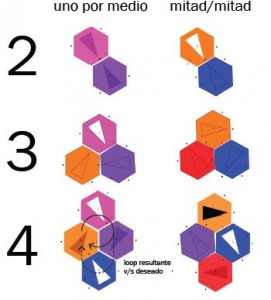 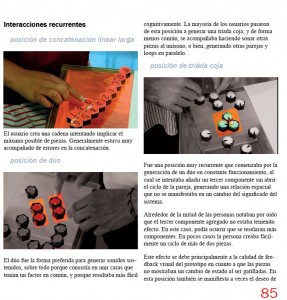 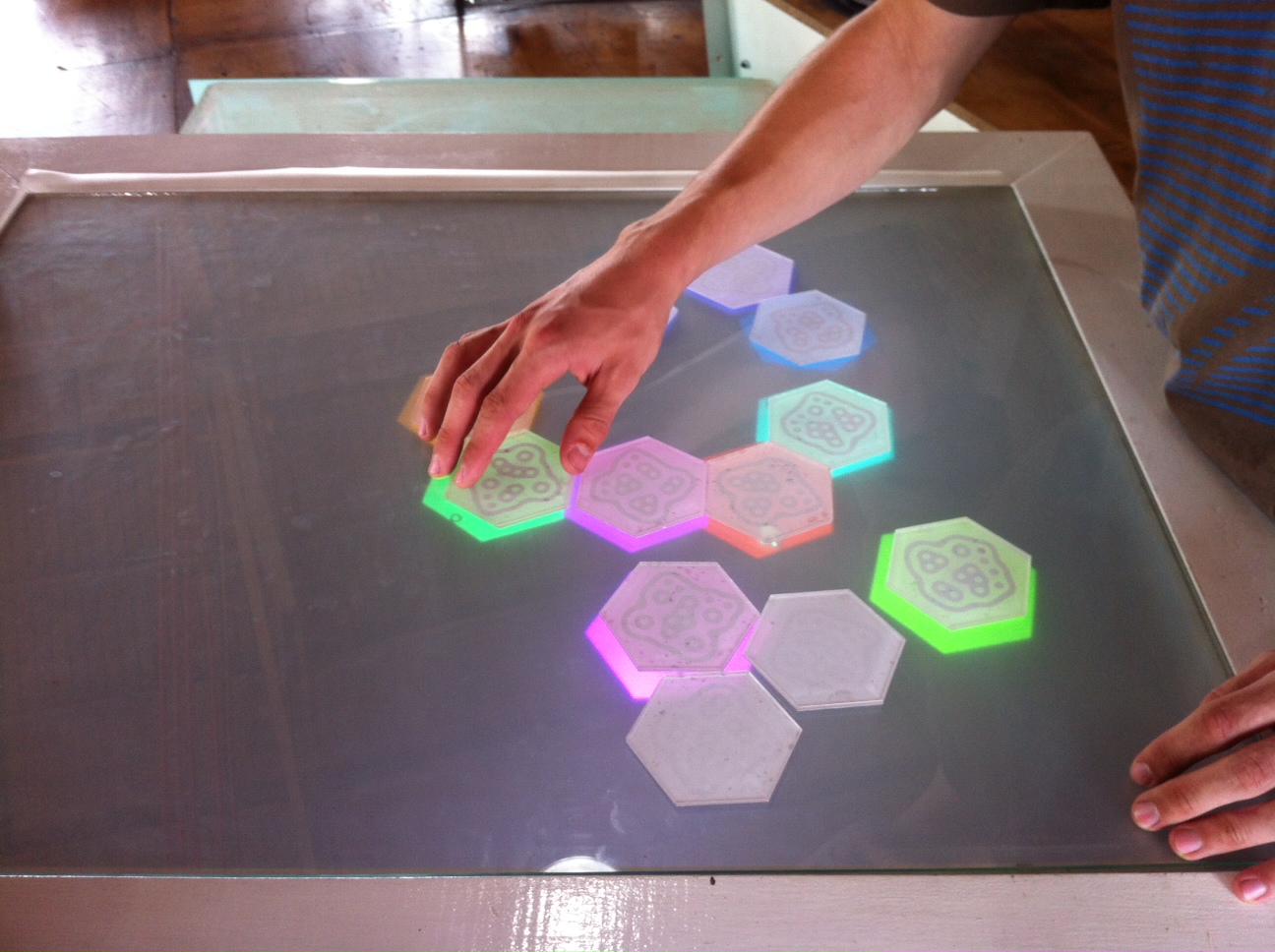 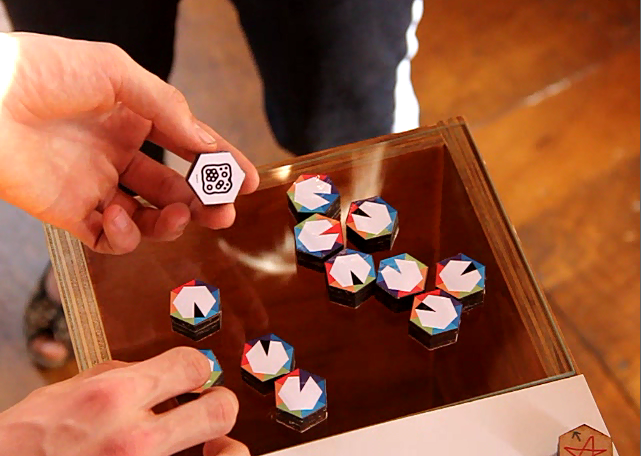 The hardware was very challenging. In order to make the prototype interesting, at least ten pieces would be needed; and the size, I required to be smallest as possible. Just during the development of this, the MIT High Low Tech research group, published a method to program Atmel Tiny micro-controllers by using the Arduino software, and an Arduino board. By purchasing these micro-controllers from abroad, I could start testing how to communicate the board. 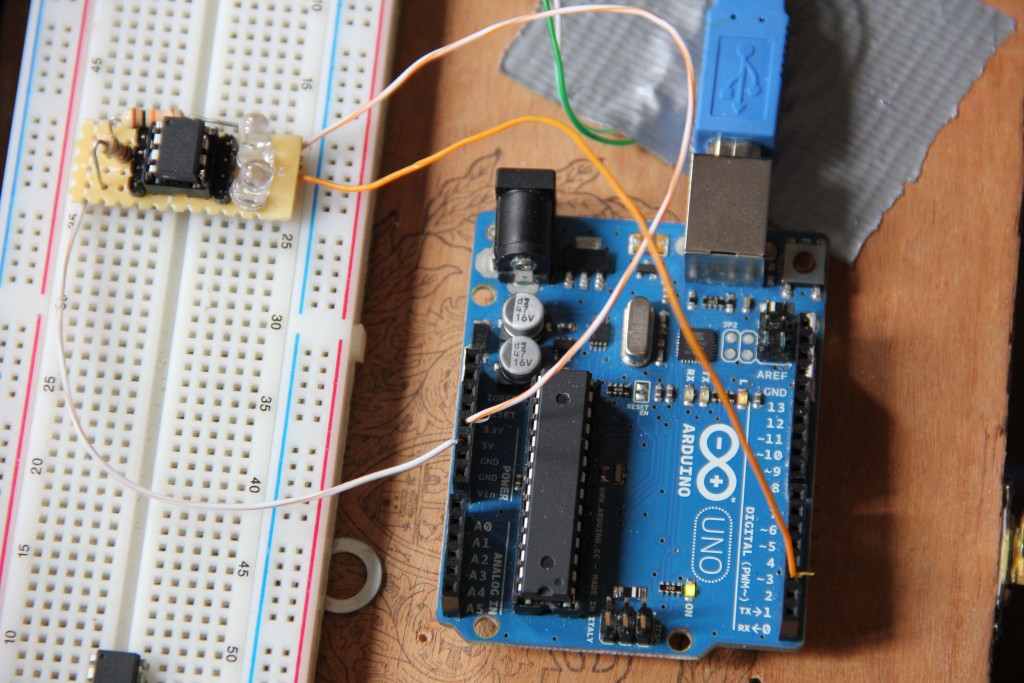 The other big challenge was to figure out a way of connecting all the five required pins on each of the six faces of the Brocs hexagons. I resolved into little connectors that would cross the required connections to be cross-connected, and parallel connect what was required to be connected so. This method also allowed to stack the Brocs vertically, thus producing chords; which was always a good surprise factor. 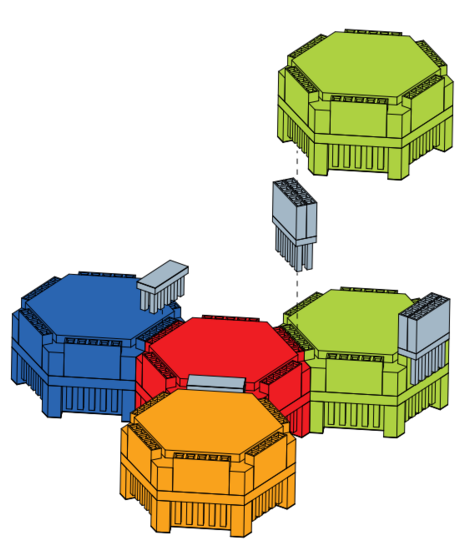 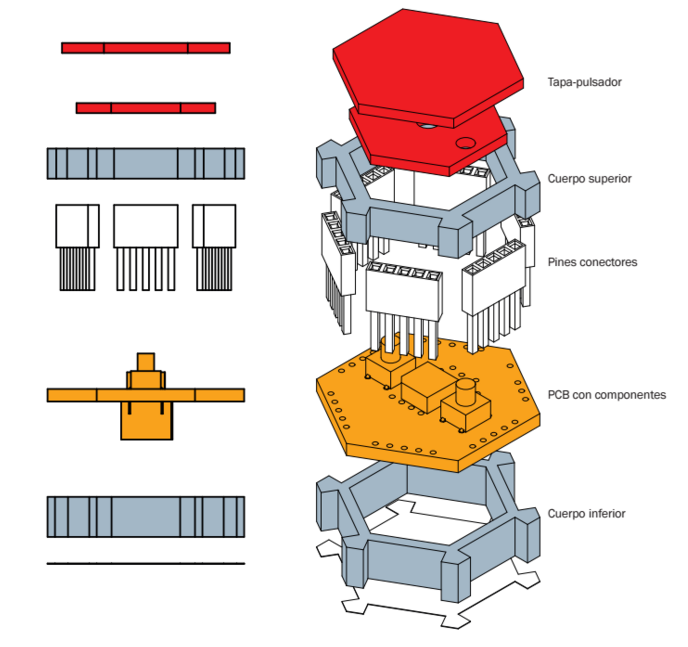 As academic project, it was perfectly successful; and the object, despite having some flaws on it's functioning, was very fun. But I really wanted to develop it further and make an actual product from this. Despite a lot of efforts; I couldn't find any way of financing it's development. I applied to several startup funding rounds, sought gathering own earnings. I even planned a full Kickstarter campaign, but when it was fully developed, I realized that the shipping prices from Chile would have made this product very expensive for consumers. So far I have not manage to find viability for this development.

Through this project I learned a lot on putting to ground, and into real projects, theoretical research. I also increased my drive to design complex and education related designs; It also opened very interesting questions on operations for design, and interesting distinctions between ways of playing and ways of learning. I also learned a lot about prototyping of digital electronics and micro-controller programming. Most specially, it put me in contact with very interesting like-minded actors around most which I kept a fruitful contact. 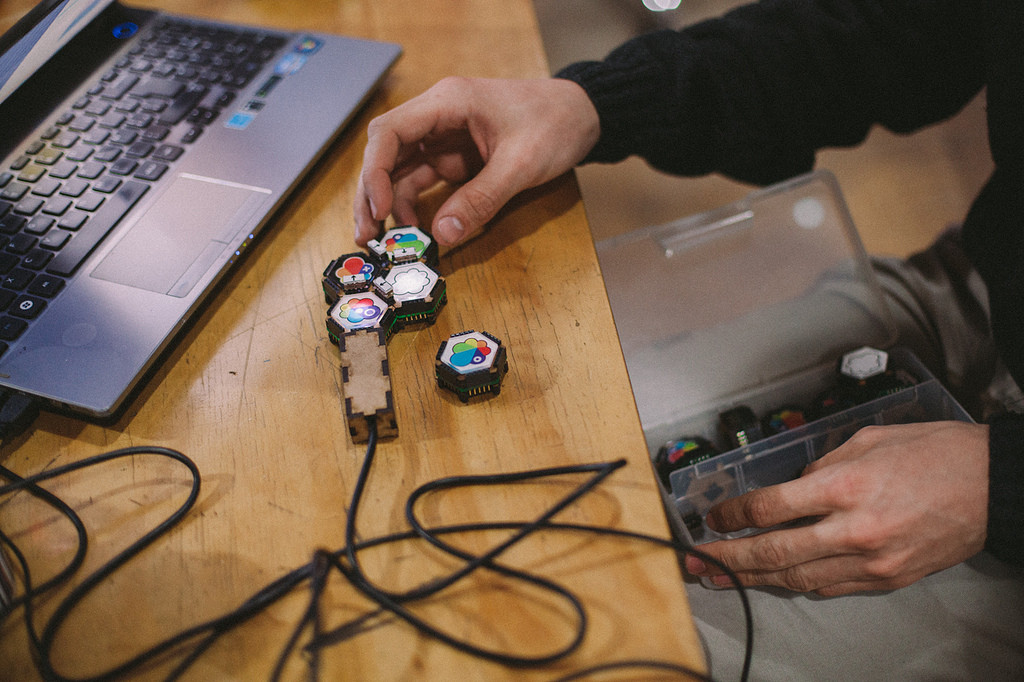 See the thesis (in spanish)